Our webinars allow users to learn from experts and earn continuing education credits on industry topics, progress in research, services available, and more. 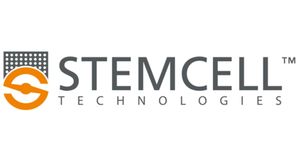 STEMCELL Technologies Inc. is a Canadian biotechnology company that develops specialty cell culture media, cell isolation systems and accessory products for life science research. Driven by science and a passion for quality, STEMCELL supports the advancement of scientific research around the world with our catalogue of more than 2000 cell biology research tools. STEMCELL Technologies was launched in 1993 when founder and CEO Allen Eaves needed a way to meet the increasing demands for his standardized, cost-effective cell culture media for growing blood-forming stem cells. At the time, Eaves was a hematologist and cancer researcher heading the Terry Fox Laboratories (TFL) and head of clinical hematology at the University of British Columbia in Vancouver, Canada. Unsatisfied with commercially available cell culture reagents, Eaves' research group at the TFL began making their own hematopoietic stem cell culture media using the highest quality materials they could find. Colleagues also wanted to use this media, and Eaves was able to supplement his research funds by selling culture media to other lab groups. Eventually the demand for the media from researchers around the world warranted building a designated clean room for production. The TFL did not have the funding and instead, Eaves was encouraged to purchase the business and create an independent company. Mortgaging his house and receiving a loan from Western Economic Diversification, Eaves was able to build a clean room and STEMCELL Technologies Inc. was born on July 2, 1993. STEMCELL has become the largest biotech company in Canada and continues to reinvest all profits back into developing products to better support the international research community. As of 2017, the company employs more than 1000 people globally, with over one-third of those holding a PhD or MSc, and the majority of employees having a BSc or Engineering degree. A large number of the company's employees are located in Vancouver, Canada with additional employees and facilities in 11 other countries.