Earth's first satellite, Sputnik I, was launched into orbit on October 4, 1957. A few years later, Cosmonaut Yuri Gagarin became the first person to orbit Earth on April 12, 1961, in the Vostok I spacecraft. Gagarin's flight lasted 108 minutes and started the age of human spaceflight. 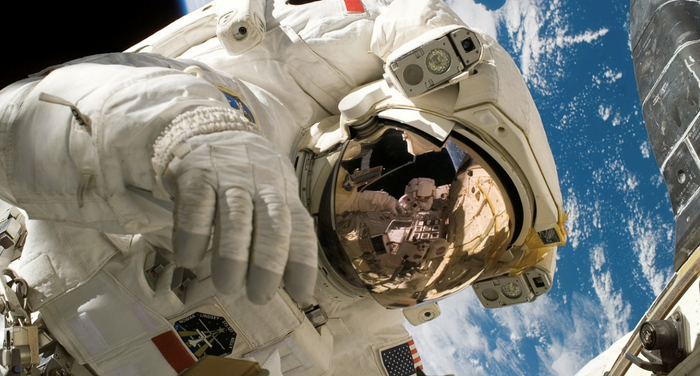 When the Apollo and Soyuz spacecrafts docked on July 17, 1975, it was the first time an international mission happened in space.

The space shuttle program in the United States began with the first flight of the space shuttle Columbia, from April 12, 1981, to April 14, 1981. Two crew members were on that mission, which was called STS-1 (Space Transportation System-1). They were mission commander and Astronaut John Young, who had been on four previous spaceflights including a 1972 moonwalk. The other crew member was Navy test pilot Bob Crippen,  who went on to command three more shuttle missions.

International efforts have also maintained the international Space Station for the past decade.

On April 7, 2011, the UN's General Assembly made the designated April 12 as the International Day of Human Space Flight “to celebrate each year at the international level the beginning of the space era for mankind, reaffirming the important contribution of space science and technology in achieving sustainable development goals and increasing the well-being of States and peoples, as well as ensuring the realization of their aspiration to maintain outer space for peaceful purposes.”

OCT 29, 2020
Water Found on Moon Enough to Sustain a Lunar Base
For the first time, scientists have found water on the moon's sunlit surface. Coupled with other evidence of water i ...
Written By: Annie Lennon
NOV 06, 2020
Space & Astronomy

NOV 06, 2020
300 Million Planets in the Milky Way May Be Habitable
Researchers have found that there could be at least 300 million habitable worlds in the Milky Way galaxy. This could mea ...
Written By: Annie Lennon
JAN 04, 2021
Space & Astronomy

JAN 04, 2021
Did Intelligent Civilizations Roam Our Galaxy 5 Billion Years Ago?
Researchers have found that there were likely many intelligent alien civilizations sprawled across our galaxy billions o ...
Written By: Annie Lennon
FEB 20, 2021
Space & Astronomy

Drug Discovery & Development
Epidural Use Not Linked To Autism