Could Common Viruses be Triggering Alzheimer's?

Recent allegations of research misconduct have called years of Alzheimer's research into question. The controversy surrounds papers that identified amyloid AB*56 as a toxic molecule that played a critical role in plaque formation in the brain.  Researchers have not been able to replicate the findings, and a drug based on the molecule has proven unsuccessful. While amyloid plaques still seem to be a central feature of Alzheimer's, the disease is complex, and may involve a variety of factors, none of which are AB*56. 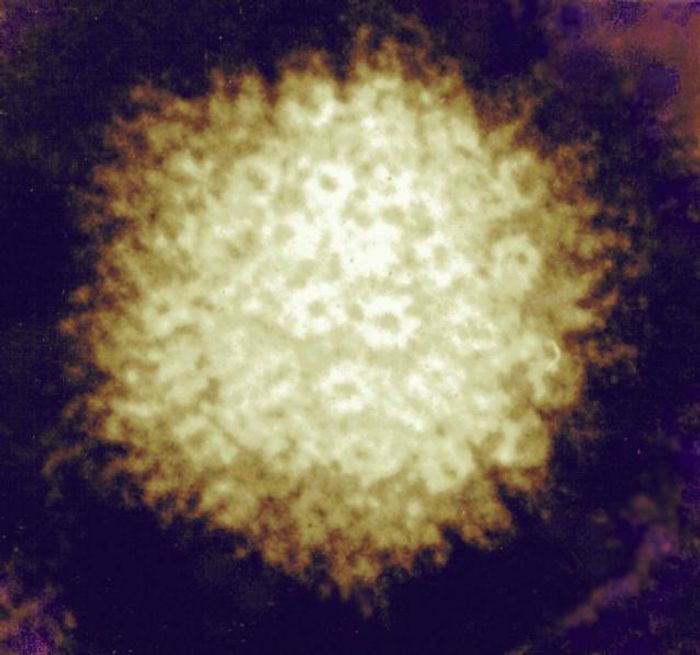 One alternate theory of Alzheimer's involves viruses. Previous work has suggested that herpesvirus infections might be related to Alzheimer's. Research has now suggested that the virus that causes chickenpox and shingles, varicella zoster virus (VZV), might activate that pathogen, herpes simplex (HSV), triggering the earliest phases of Alzheimer's.

A major variant of HSV, called HSV-1, causes oral herpes. It's thought that about 3.7 billion people are infected with HSV-1. Most people don't have symptoms, but it can cause painful sores in some people. It can also hide away in neurons, including those in the brain. Once activated by the other viruses, however, it seems to cause aberrant proteins, tau and amyloid beta, to accumulate and form a hallmark of Alzheimer's, plaques in the brain.

The researchers noted that while VZV and HSV-1 were implicated in this study, other brain inflammation might also trigger HSV-1, and the early stages of Alzheimer's. The findings have been reported in the Journal of Alzheimer's Disease.

"We have been working off a lot of established evidence that HSV has been linked to increased risk of Alzheimer's disease in patients," said David Kaplan, a Professor and Department Chair at Tufts' School of Engineering.

Though scientists have known about the link between HSV-1 and Alzheimer's disease, and potentially VZV, the process was unclear. "We think we now have evidence of those events," said Kaplan.

About 95 percent of people are infected with VZV during their lifetime; most of us are familiar with chickenpox. VZV can hang around in neurons as well. In adulthood, VZV can awaken, and cause shingles, a painful and common disease that may last for weeks or months.

HSV-1 is only related to Alzheimer's when HSV-1 is reactivated, and causes blisters, sores, and inflammation.

In this study, the researchers created mini-brains using neural stem cells, and infected them with VZV. The neurons behaved normally under those conditions, but when HSV-1 infected neurons were used, then exposed to VZV, HSV-1 was became active again. Then the researchers saw the levels of tau and beta-amyloid proteins increase significantly. The neurons began to function less efficiently, and began to release cytokines, which trigger inflammation.

Other factors, such as different infections, or risk factors like alcohol use, obesity, and head trauma may still be involved in Alzheimer's, noted first study author Dana Cairns, a research associate at Tufts. COVID-19 infection might also trigger viruses, and neurodegeneration, the researchers added.

The VZV vaccine, which can prevent chickenpox and shingles, is associated with a considerable reduction in dementia risk. The vaccine could be interrupting a cycle of viral activation, inflammation, and neuron damage.

About the Author
Carmen Leitch
BS
Experienced research scientist and technical expert with authorships on over 30 peer-reviewed publications, traveler to over 70 countries, published photographer and internationally-exhibited painter, volunteer trained in disaster-response, CPR and DV counseling.
You May Also Like
MAY 22, 2022
Technology

JUN 04, 2022
Antibiotics Reduce Motivation to Exercise in Mice
Antibiotics may decrease athletes' motivation and endurance via effects on the microbiome. The corresponding study w ...
Written By: Annie Lennon
JUL 11, 2022
Neuroscience

JUL 11, 2022
Chronic Stress Reduces Iron Absorption in Newborns by 15%
Chronic stress in the last months of pregnancy can reduce a growing fetus’s ability to absorb iron by up to 15%. T ...
Written By: Annie Lennon
JUL 19, 2022
Drug Discovery & Development

JUL 21, 2022
The Race For The Perfect High
Scientists are in a race to chemically build the perfect high for cannabis enthusiasts. Here's how the race is going in ...
Written By: Helaine Krysik
AUG 04, 2022
Clinical & Molecular DX