Does the Rise of Neurotech Spell the End of Humanity as We Know it? 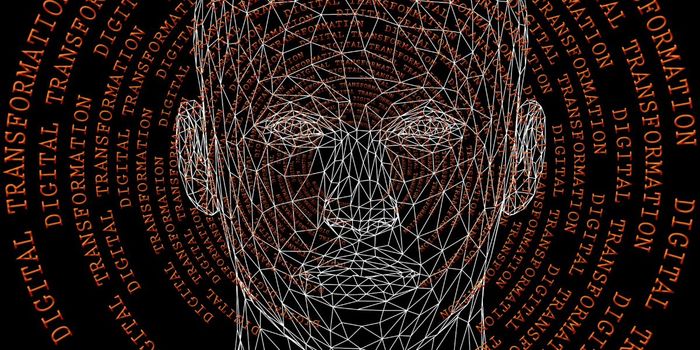 Brain-computer interfaces are devices that allow the brain to communicate with output devices. Some BCI's, such as Neurolink, may seem like science fiction and perhaps some time away from common usage. However, others using pre-existing technology may be more likely to become mainstream in the near term. For this study, the researchers conducted a review of commercially available BCI's.

Currently, electroencephalography (EEG) is the operating method of choice for BCI's. This is because the technology is noninvasive, offers high temporal resolution, is easy to use, and is relatively inexpensive. While these devices require some improvement before widespread adoption, the researchers preempt utility for the devices both in medical and nonmedical settings could make them mainstream in the future.

In particular, they highlight their utility in aiding movement in those with neurodegenerative diseases that impair motor function and other aspects of the central nervous system. For example, they could be used to help patients control wheelchairs or robotic limbs. The temporal accuracy of these devices is also useful in monitoring neurodegenerative disorders.

Meanwhile, a nonmedical use for the devices could be to monitor abnormal behavior among workers such as fatigue, stress, and sleepiness. This could improve worker productivity and prevent the occurrence of injuries in factories and other workplaces with high accident rates.

Such utility, however, comes with social, ethical, and legal concerns. For example, as BCI's can communicate both ways, companies developing them may have unprecedented access to users' neural data, something that could spark privacy concerns. As this data could represent how users think, feel, and behave, the researchers say that it could also be used to infer aspects of user intention, emotional response, decision-making, and conscious and subconscious interest.

Various companies, including Facebook, Microsoft, and other startups, have begun developing BCI technologies in the last five years, with some governments encouraging their emergence with programs such as the US BRAIN Initiative and the Human Brain Project by the European Commission.

Once neural data is digitized by such parties, issues on sharing and ownership could arise, as well as security issues from third parties. While some have suggested that this data should be legally regarded as an organ or tissue and thus be protected from commercialization, enforcement of this may become complex, just as current privacy laws surrounding social media and other online usage are.

Using the devices may also change the way the brain works and one's concept of self. Referring to some patients who have already used BCI's for medical reasons, Rylie Green, one of the study's authors noted that BCI's 'become such an integrated part of themselves that they refuse to have them removed at the end of the clinical trial."

"It has become increasingly evident that neurotechnologies have the potential to profoundly shape our own human experience and sense of self," added Green.

Altering one's sense of self may also alter society's concept of 'self'. Another issue raised by the authors is whether outputs created by someone using a BCI can be thought of as 'produced by the user'. An inability to acknowledge how the device influences the self could compromise autonomy and self-agency and thus cause people to perceive ownership over outputs produced by the BCI mistakenly. This conundrum may also cause users to incorrectly attribute certain outputs to the BCI, perhaps in an attempt to shift blame for wrongdoing.

Putting personal autonomy into question in this way, as well as what it means to 'own' something, would inevitably have ripple effects on the legal system, and thus demand new definitions to enable justice.

All of this in mind, the researchers call on global policymakers, neuroscientists, manufacturers, and users of BCI's to discuss their real-world implications early so we may answer the complex moral questions that arise in their wake.

JUL 13, 2021
The Science of Crying
Crying: In humans, it's the production of tears usually accompanied by facial muscle contractions and vocal sounds. ...
Written By: Alexandria Bass
AUG 12, 2021
Cannabis Sciences

AUG 21, 2021
Like Some People, Isolated Flies Will Eat More and Sleep Less
Over the past year and a half, may people have been isolated and have spent far more time alone than usual. For some, th ...
Written By: Carmen Leitch
SEP 01, 2021
Health & Medicine

SEP 01, 2021
Does Regular Cannabis Affect Brain Function? Sometimes in a Good Way
With cannabis now legal in many parts of the world, an increasing number of people now count as regular users of the dru ...
Written By: Angela Dowden
SEP 14, 2021
Health & Medicine