For many years, many parts of the human body were considered to be sterile, which is to say, totally free of microorganisms unless there was an infection. But research has revealed that microbes exist harmlessly in many places where it was thought they'd only be harmful, like the human lung. This work has been made possible by advances in genetic technologies that allow researchers to sequence all of the DNA that's present in a sample, like a mouth swab or lung tissue. They can compare those genetic sequences against databases containing genetic data from various species, revealing what's present in the sample. 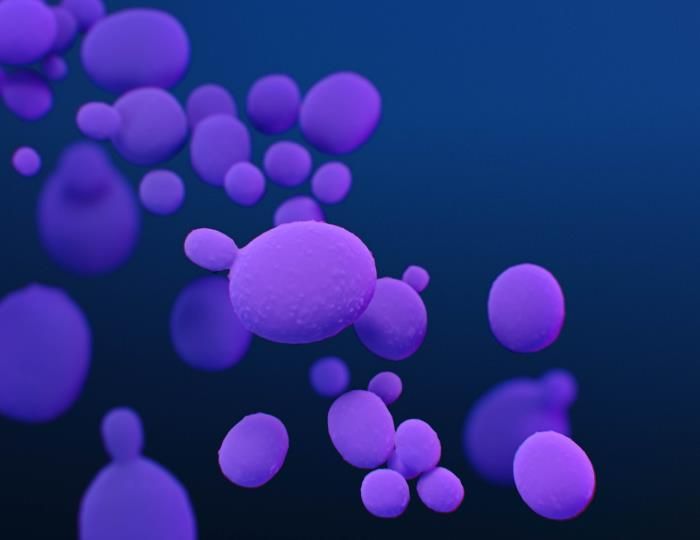 Chronic obstructive pulmonary disease (COPD) is one of many diseases that's been associated with chronic infection, and researchers have thought that in COPD, pathogenic microbes are allowed to persist in the lung because of problems with immunity. New research has examined samples from the mouth and lungs of about 200 COPD patients and 150 healthy volunteers, who underwent bronchoscopies. This work, part of The Bergen COPD Microbiome study (MicroCOPD), may be some of the first to compare the fungi in lung samples from COPD patients and healthy people.

"Results showed that both healthy and diseased lungs had a different fungal composition than the mouth, suggesting that lungs have a unique fungal environment," said first study author and graduate candidate Einar Marius Hjellestad Martinsen.

The research revealed that the fungus Candida is the dominant fungus in the lungs. There seemed to be no apparent difference in the fungal communities of people with and without COPD. Notably, COPD patients that use inhaled steroids also did not have differences in their fungal communities compared to those who did not use steroids. It's been thought that the immunosuppressive effects of steroids might predispose users to fungal growth.

Some researchers are warning that fungal infections pose a growing threat to public health. Candida is a normal part of the body's fungal flora, but it can also cause disease, like yeast infections or thrush.

"It would be of great interest to further examine if fungal lung infections are caused by fungi that are already present in the lungs," said Hjellestad Martinsen. "If so, emphasis should be placed on these fungi to reveal what triggers are responsible for converting them from being 'friendly residents' of our lungs to disease-causing intruders."

The researchers want to learn more about fungi and bacteria in other lung diseases, and are continuing to investigate the fungal microbiome of the lungs.

Sources: AAAS/Eurekalert! via University of Bergen, PLOS One

MAR 21, 2021
Potent Drug Rapidly Clears Drug-Resistant Gonorrhea in Mouse Model
A mouse model has shown that it's possible to clear a multi-drug resistant gonorrhea with only one dose of antibioti ...
Written By: Carmen Leitch
APR 02, 2021
Drug Discovery & Development

APR 02, 2021
Anti-Parasitic Medication Could Be Therapy for COVID19
What are tropical and neglected diseases? Chronic infections that plague developing nations with often little financial ...
Written By: Nouran Amin
MAY 13, 2021
Microbiology

MAY 13, 2021
The Gut Microbiome Was More Diverse in Ancient People
What can we learn from a specimen of ancient poo? A lot, it turns out. Scientists have now reported their findings from ...
Written By: Carmen Leitch
MAY 26, 2021
Genetics & Genomics

MAY 26, 2021
Connecting Bacterial Genes to Human Disease
This kind of research gets us closer to using fecal samples to get a snapshot of the microbiome, and make disease risk p ...
Written By: Carmen Leitch
MAY 31, 2021
Microbiology