Your Immune System Can't Deal With All the Plastic You're Eating 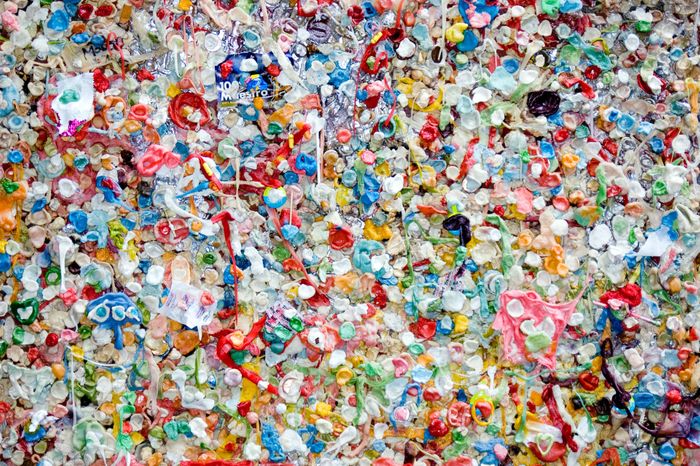 Microplastics—tiny fragments of plastic, less than five millimeters in diameter—pollute our environment and, according to scientists, also adversely affect animal health. Research also points to a connection between the ingestion of microplastics present in food and water and its toll on the human immune system.

We are consuming about a teaspoon of microplastics on a weekly basis, estimate scientists. Once ingested, these particles get red-flagged by macrophages, specialized immune cells that “gobble up” and eliminate invading pathogens and foreign bodies.

In an article featured in the journal Cell Biology and Toxicology, immunologist Eliseo Castillo and colleagues at the University of New Mexico studied the impact of polystyrene microplastics on macrophage biology. Once the pieces of plastic were internalized by these cells, they began churning out a suite of pro-inflammatory molecules, triggers for chronic conditions such as inflammatory bowel disease.

According to Castillo, this points to the theory that microplastics are altering and disrupting macrophage metabolism.

“During intestinal inflammation – states of chronic illness such as ulcerative colitis and Crohn’s disease, both forms of IBD – these macrophages become more inflammatory, and they’re more abundant in the gut,” commented Castillo.

The bad news is that this is not an isolated phenomenon. There are likely knock-on effects on other aspects of the immune system as well, given that it is part of an intricate, interconnected network of cells.

The authors explain that our immune systems have not evolved to deal with these relatively “new” threats present in our environment. The risk is that chronic exposure to these particles could leave us vulnerable to the development of autoimmune conditions.

What’s clear is that there are no quick fixes to shield against the effects of microplastics on human health. Preliminary studies from the research team indicate that biodegradable plastics could be even worse for our health, leaching toxic chemical compounds as they break down.

MAY 06, 2021
COVID Vaccines Don't Protect Everyone
New research has revealed that COVID-19 vaccines may not work as effectively in those whose immune systems have been neg ...
Written By: Tara Fernandez
MAY 03, 2021
Immunology

MAY 03, 2021
Junk Food Helps Bad Bacteria Thrive In the Gut, Promotes Inflammation
We know that processed foods like ice cream, potato chips, and candy bars in excess can cause people to pile on the poun ...
Written By: Tara Fernandez
JUL 27, 2021
Immunology

JUL 27, 2021
Rethinking Immune Responses Involved in Skin Hypersensitivity
A study by immunologists at the University of Copenhagen has revealed a never-before-seen immune pathway invol ...
Written By: Tara Fernandez
JUL 29, 2021
Immunology

JUL 29, 2021
Scientists Discover Bacterial Life on Human Fetuses
A developing fetus in its second trimester of life is changing at an extraordinarily rapid pace––bones are b ...
Written By: Tara Fernandez
JUL 27, 2021
Health & Medicine

JUL 27, 2021
No Link Found Between Vaccinations and Increased Risk of Allergic Diseases
It is well known that allergies and asthma have been on the rise in developed nations where childhood mass vaccinations ...
Written By: Alexandria Bass
Loading Comments...
Content Tags
See more See less
Trending Categories
Upcoming Webinars
Upcoming Virtual Events
Be The Fungi T-Shirt