Chemistry and Magic: Identifying the Oldest Records of Merlin the Magician 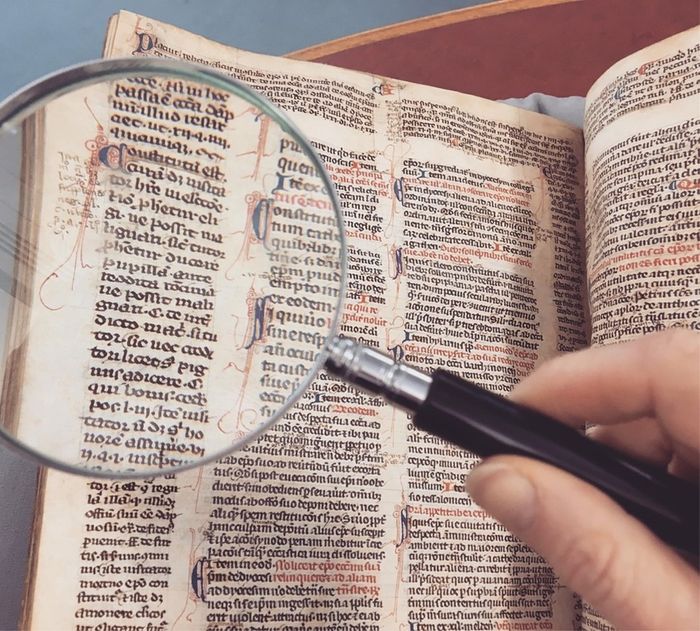 Historians may have found the earliest manuscripts that tell the story of Merlin the Magician.

Merlin is a character from the Legend of King Arthur and was well thought of as one of Arthur’s most trusted friends. The stories of King Arthur have been muddled throughout history, but a team of chemists and historians from the Durham University in the UK have found some of the oldest and rarest surviving manuscripts about the legendary magician.

It was an interdisciplinary feat like no other. Chemists, using spectroscopy to bounce light off of the text fragments to determine the makeup of the pigments based on how the light reflects, teamed up with historians, who could use that and other visual information to date the pigments on the page back to their origins. This interdisciplinary partnership is called “Team Pigment.”

Team Pigment was founded to analyze the inks and pigments used in Northumbrian manuscripts in a non-destructive manner. Their goal was to observe the pigments and identify them while still leaving the manuscripts intact for further analysis. Since their first project in 2013, Team Pigment has created a mobile suite of equipment studying pigments from late antiquity up to the 15th century.

To do this, researchers at Team Pigment use Raman spectroscopy. It’s a principle that’s based on the way that a molecule vibrates when light is reflected off of it. This can tell scientists a lot about the types of molecules present in a compound, which is crucial in determining the makeup of pigments. Once researchers can determine which chemicals make up a pigment, then they are able to date them back to their approximate origin with the help of historians.

The challenge for the chemists is scanning the pages and documents. “The challenge is to be able to identify materials on a delicate sheet of parchment, typically a folio of a bound manuscript that does not open readily, without contact, sampling or causing any damage,” Team Pigment lead researcher Professor Andy Beeby writes in his staff bio.

Through this unique partnership, historians working with Team Pigment were able to use handwriting and linguistic analysis to date the manuscript back to around 1250. The story, Suite Vulgate du Merlin, was written in 1220-1225, and the Bristol manuscript that the excerpts came from were written within a generation of the original story. The fragments then traveled to England by 1330-1350, and then were recycled by either Oxford or Cambridge into the book that they are now a part of. Even though the pieces of the manuscript are just fragments, they can still reveal many secrets.

The team has published its novel findings in a new book titled: The Bristol Merlin: Revealing the Secrets of a Medieval Fragment.

JUL 16, 2021
Melting Mountain Glaciers in Asia Release Greenhouse Gas
High mountain glaciers that are melting in the Tibetan plateau in Asia contain greenhouse gases and should be counted in ...
Written By: Annie Lennon
AUG 09, 2021
Earth & The Environment

AUG 09, 2021
New Pterosaur Fossil discovered in Australia
Pterosaur fossils have been discovered in all corners of the globe since their first discovery in Kansas in the 1700s. S ...
Written By: Samantha Lott
AUG 25, 2021
Chemistry & Physics

AUG 25, 2021
Self-Assembling Molecules: A Potential "One-Size-Fits-All" Cancer Therapy
A new study from the University of Huddersfield shows promising breakthroughs on the use of self-assembling molecules as ...
Written By: Hannah Daniel
SEP 10, 2021
Space & Astronomy

SEP 10, 2021
The Future (and Ethics) of Giant Telescopes
The fate of giant telescopes hangs in the balance as this decade comes to an end.
Written By: Hannah Daniel
SEP 14, 2021
Space & Astronomy

SEP 14, 2021
NASA is Planning to Shoot a Spacecraft Into an Asteroid
NASA can detect asteroids, so there's been plenty of speculation about what might happen if we discover an asteroid ...
Written By: Carmen Leitch
OCT 19, 2021
Space & Astronomy

OCT 19, 2021
A Glimpse at the Death of Our Solar System
One of the most difficult aspects of studying space is that most things, on the astronomical scale, happen very slowly. ...
Written By: Matthew Lundy
Loading Comments...
Content Tags
See more See less
Trending Categories
Upcoming Webinars
Upcoming Virtual Events
Albert Einstein Geniuses T-Shirt