Researchers have begun to analyze the impact of the pandemic, and their work has shown that long COVID-19 surges in the South and West during the summer of 2020 caused excess death rates in those regions from both the pandemic virus SARS-CoV-2 and other causes. The highest excess death rates were seen in Black Americans, compared to any other racial or ethnic group. 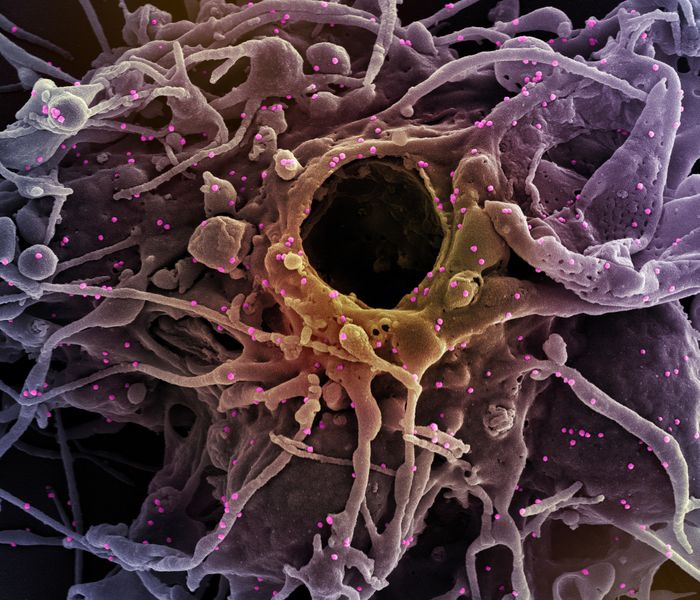 Death rates don't change that much, only fluctuating about one or two percent a year, noted lead study author Steven Woolf, M.D., director emeritus of the Virginia Commonwealth University's (VCU) Center on Society and Health. Between March 1, 2020, and Jan. 2, 2021, excess deaths went up by 22.9 percent nationally, translating to an astonishing loss of 522,368 lives. Those deaths were due to both COVID-19 and other causes, and the pandemic surged in different regions at different times. The findings have been reported in the Journal of the American Medical Association (JAMA).

"COVID-19 accounted for roughly 72 percent of the excess deaths we're calculating, and that's similar to what our earlier studies showed. There is a sizable gap between the number of publicly reported COVID-19 deaths and the sum total of excess deaths the country has actually experienced," said Woolf.

Reporting problems may have caused an undercount of some COVID-19 deaths. COVID-19 may have also caused some deaths indirectly, such as people who could not obtain adequate emergency care for a heart attack, complications from diabetes, or a mental health crisis in time, noted Woolf.

"All three of those categories could have contributed to an increase in deaths among people who did not have COVID-19 but whose lives were essentially taken by the pandemic," said Woolf.

There were also racial disparities. "We found a disproportionate number of excess deaths among the Black population in the United States," said Woolf, VCU's C. Kenneth and Dianne Wright Distinguished Chair in Population Health and Health Equity. "This, of course, is consistent with the evidence about COVID-19 but also indicates that excess deaths from some conditions other than COVID-19 are also occurring at higher rates in the African American population." 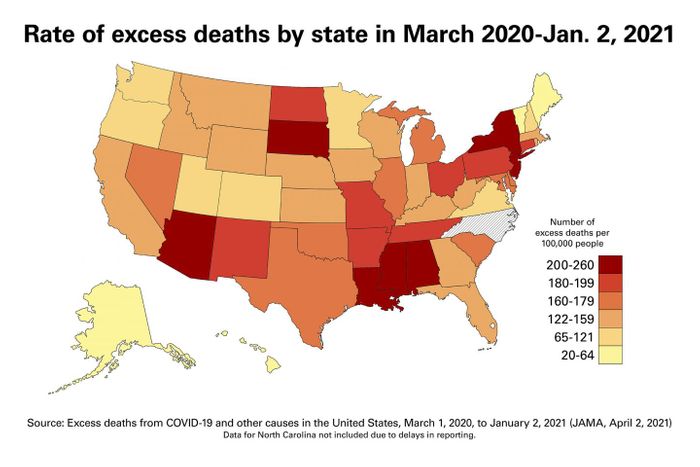 This work has also suggested that states that used economic or political reasons to discourage pandemic control measures like mask use, or those that moved to quickly reopen probably ended up prolonging the pandemic.

"They said they were opening early to rescue the economy. The tragedy is that policy not only cost more lives but actually hurt their economy by extending the length of the pandemic," Woolf said. "One of the big lessons our nation must learn from COVID-19 is that our health and our economy are tied together. You can't really rescue one without the other."

Woolf added that if people continue to avoid preventive care like cancer screenings or avoid need treatments, which happened last year for obvious reasons, mortality rates due to other causes, like cancer, may increase in the coming years.

Woolf suggested that it's possible to mitigate future illness and deaths due to the fallout from an imperiled economy if we act now by "bringing help to families, expanding access to health care, improving behavioral health services, and trying to bring economic stability to a large part of the population that was already living on the edge before the pandemic.

"American workers are sicker and dying earlier than workers in businesses in other countries that are competing against America," Woolf continued. "So investments to help with health are important for the U.S. economy in that context just as they are with COVID-19."

A 2020 study by Woolf's team also found that deaths due to heart disease, diabetes, and some other conditions went up during surges.

"This country has experienced profound loss of life due to the pandemic and its consequences, especially in communities of color," said Peter Buckley, M.D., dean of the VCU School of Medicine. "While we must remain vigilant with social distancing and mask-wearing behaviors for the duration of this pandemic, we must also make efforts to ensure the equitable distribution of care if we are to reduce the likelihood of further loss of life."

"We're not out of the woods yet because we're in a race with the COVID-19 variants. If we let up too soon and don't maintain public health restrictions, the vaccine may not win out over the variants," Woolf said. "Unfortunately, what we're seeing is that many states have not learned the lesson of 2020. Once again, they are lifting restrictions, opening businesses back up, and now seeing the COVID-19 variants spread through their population.

"To prevent more excess deaths, we need to hold our horses and maintain the public health restrictions that we have in place so the vaccine can do its work and get the case numbers under control."

SEP 17, 2020
Can Grape Polyphenol Extracts prevent Cardiotoxicity?
One of the biggest issues with chemotherapy treatments is their inherent toxicities. Most chemotherapy drugs are toxic t ...
Written By: Jasper Cantrell
OCT 14, 2020
Immunology

NOV 03, 2020
A New Peptide Could Help Repair and Protect the Heart During Ischemia Reperfusion Injury
Cardiovascular disease is one of the most common causes of death in the world. Although we have many treatments against ...
Written By: Jasper Cantrell
MAR 12, 2021
Cardiology

MAR 12, 2021
Newly-IDed Atherosclerosis Protein May Be Treatment Target
Arteries, which supply the body with oxygen, are normally flexible. But they can become stiff and thick in a condition c ...
Written By: Carmen Leitch
MAR 24, 2021
Cardiology