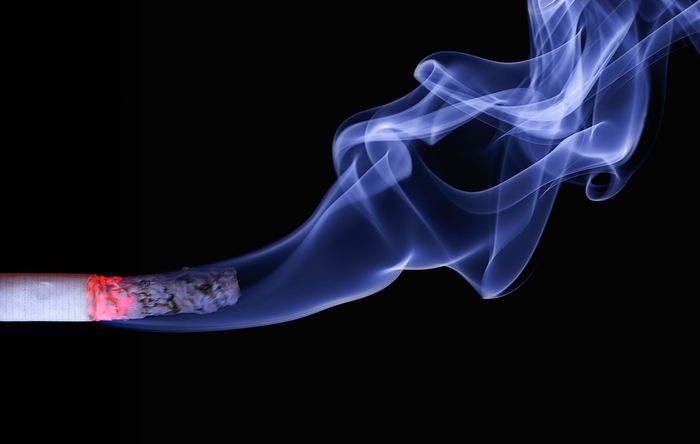 Smoking remains a major risk factor for several types of cancer.  While the association between lung cancer and smoking is generally accepted, the links to other cancers, including those impacting the blood, bladder, colon, kidney, liver, pancreas, and stomach, appear more elusive.  Smoking affects cancer growth and development in multiple ways.  Not only can the components in tobacco damage DNA and lead to uncontrolled cell growth, but the poisons in cigarette smoke also impair the immune response, preventing the body from stopping tumor growth.  In addition to cancer, smoking also causes various other medical complications, such as heart and lung disease, diabetes, stroke, and chronic obstructive pulmonary disease (COPD).

The numerous negative impacts of smoking have ensured that cessation programs have materialized as a significant public health priority in the United States.  Since the emergence of the COVID-19 pandemic, it has become apparent that smoking is also a comorbidity associated with COVID-19 infections, resulting in severe outcomes in those smokers who become infected.  This understanding has further intensified the public health prioritization of smoking cessation.

It would be considered quite an understatement to say that COVID has changed American life since its entrance in early 2020.  Since then, we’ve experienced significant disruptions in almost all aspects of life, resulting in what may become permanent modifications to how we work, socialize, and travel.  Medical experts have noted how the pandemic has negatively impacted healthcare by delaying the diagnosis of severe conditions, including cancer, as people became reluctant to enter hospitals or doctor’s offices.  A group of researchers from the American Cancer Society set out to investigate if the pandemic has influenced smoking cessation in the United States, and they published their findings in JAMA Network Open last month.

The data showed that the first year of the pandemic became the first time since 2011 that the prevalence of smoking quit attempts decreased.  Individuals aged 45 – 64 exhibited the most significant decrease in smoking quitting attempts.  The analysis revealed that individuals with two or more comorbidities and Black individuals demonstrated a greater reduction in smoking quit attempts than others.  These findings present a particular challenge as these demographics also predispose persons to disproportionately adverse outcomes during COVID-19.

Sales of nicotine replacement products, including lozenges, patches, and gum, all came up lower than expected during the COVID-19 pandemic.  The reduction in sales emerged as early as April 2020, right at the pandemic's beginning.  The undercut sales expectations remained through the Spring of 2021.  Another study showed that cigarette sales significantly exceeded sales expectations in a similar timeframe.

These researchers concluded a decline in serious smoking cessation activity in the United States immediately after the start of the COVID-19 pandemic.  Combined with the increased sales of cigarettes, it suggests an urgent need to promote evidence-based strategies aimed at cessation to smokers throughout the United States.  The authors also indicate that re-engaging smokers, particularly those experiencing disproportionately adverse outcomes following COVID-19 infection, could significantly impact public health.

About the Author
Katie Kokolus
PhD
PhD in Tumor Immunology. I am interested in developing novel strategies to improve the efficacy of immunotherapies used to extend cancer survivorship.
You May Also Like
APR 28, 2022
Cancer

MAY 12, 2022
Crisis in Ukraine Disrupts Delivery of Critical Cancer Care
Many factors including the type of cancer, pathologic stage, and the general health and demographics of the patient, dic ...
Written By: Katie Kokolus
MAY 25, 2022
Cancer

JUN 20, 2022
Uterine Cancer Mortality is on the Rise
Uterine cancer develops when cells in the inner lining of the uterus, known as the endometrium, undergo uncontrolled and ...
Written By: Katie Kokolus
JUN 21, 2022
Cancer

JUN 21, 2022
Advanced Lung Cancer Diagnosis Linked to Socioeconomic Status
Lung cancer remains the leading cause of cancer-related deaths for both males and females, and an estimated 120,000 peop ...
Written By: Katie Kokolus
AUG 25, 2022
Cancer