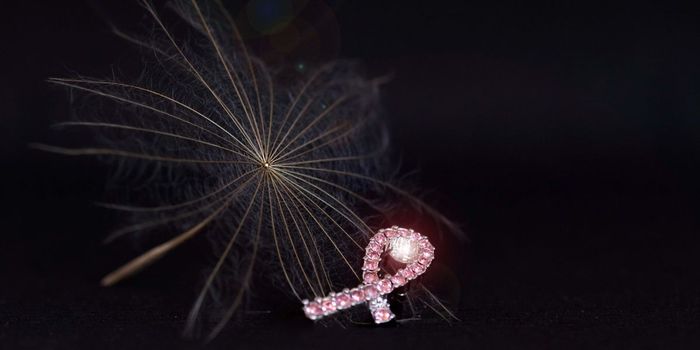 A new drug can kill between 95 and 100% of cancer cells in mice with human estrogen-receptor-positive breast cancer. The study was published in Science Translational Medicine by researchers led by the University of Illinois at Urbana-Champaign.

The newly developed drug is called ErSO and works by binding to estrogen receptors present in a vast majority of breast tumors. After binding to the receptors, it over-activates a pathway called the anticipatory Unfolded Protein Response. This releases an excess of proteins that selectively kill estrogen-receptor-containing breast cancer cells.

In tests with mice, the researchers found that ErSO could kill 99% of human breast cancer cells, as well as their metastases in bone, brain, liver, and lungs within three days. They added that the drug has no effect on cells that lack estrogen receptors and that it doesn't affect healthy cells, even if they have estrogen receptors.

This may explain why the drug had no detectable side effects in mice. The researchers also noted that the drug was well tolerated in rats and dogs, too, even at much higher doses than necessary for therapeutic efficacy.

"Even when a few breast cancer cells do survive, enabling tumors to regrow over several months, the tumors that regrow remain completely sensitive to retreatment with ErSO," said David Shapiro, lead author of the research.

"It is striking that ErSO caused the rapid destruction of most lung, bone and liver metastases and dramatic shrinkage of brain metastases, since tumors that have spread to other sites in the body are responsible for most breast cancer deaths."

The pharmaceutical company Bayer AG will soon start the process to enter ErSO in human clinical trials for estrogen-receptor-positive breast cancers. In the meantime, the researchers will investigate whether the drug could work against other kinds of cancers that contain estrogen receptors.

MAY 23, 2021
Study Links Alcohol Consumption to a Decline in Brain Health
Thinking of cracking open a cold one this weekend? Researchers from the University of Oxford have identified a connectio ...
Written By: Tara Fernandez
MAY 28, 2021
Genetics & Genomics

JUL 12, 2021
A Molecule From the Gut Microbiome May Fight Tumors
The more we learn abut the gut microbiome, the more it seems that the microorganisms in our gastrointestinal tracts can ...
Written By: Carmen Leitch
JUL 18, 2021
Cancer

JUL 18, 2021
Light Alcohol Use Linked to Higher Cancer Risk
Moderate alcohol use is linked to a substantially higher risk of several forms of cancer, including breast, colon, and o ...
Written By: Annie Lennon
AUG 25, 2021
Chemistry & Physics